The very tallest perennials that commonly exceed 4 feet high under most conditions. These very tall, often statement making perennials are well suited to use at the back of the border and in front of medium to large shrubs and taller tree form plants. Some may be suitable for large to very large containers as specimens and thrillers. Growing conditions may affect ultimate size. This list also includes some tropicals/subtropicals that are grown as die-back perennials in zone 8B/9A like Angel's Trumpets, so just keep that in mind if you are in a colder climate.

Large soft salmon pink trumpets to 10" long and flaring to 5-6" wide with recurving petals are born in loose clusters from late spring to fall on this popular large tropical shrub. Angel's Trumpets are excellent container or garden plants that are root hardy perennials in the cooler portions of their range. Easily overwintered indoors outside of their hardiness range. Item# 9567.

Currently In Stock: 0
US$12.99
Temporarily Out of Stock


Email Me When Ready

Your Cart Is Empty 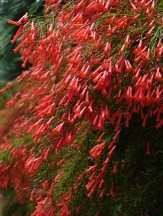 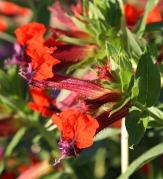 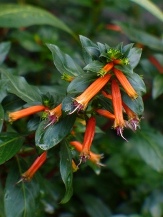 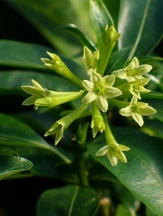 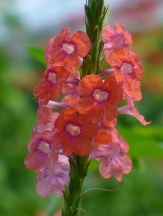